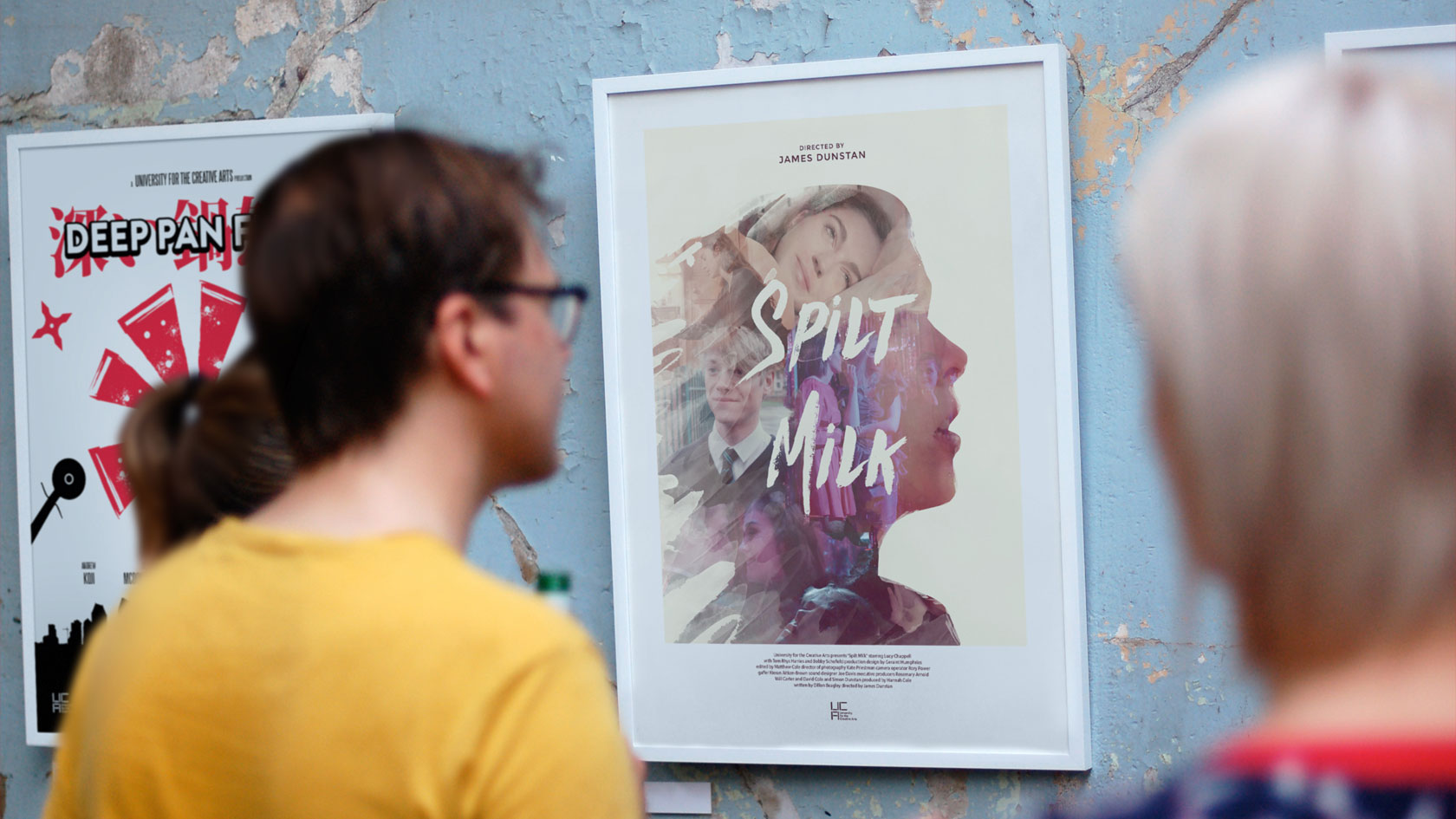 The University of Creative Arts (UCA) has an enviable reputation in the film world – producing four Oscar winners, thirteen BAFTA winners and a high-profile alumni network that has contributed to many global movie successes.

Agent8 was asked to work with the BA (Hons) Film Production students to create posters to promote their films.

Do you want to work with us on a project?